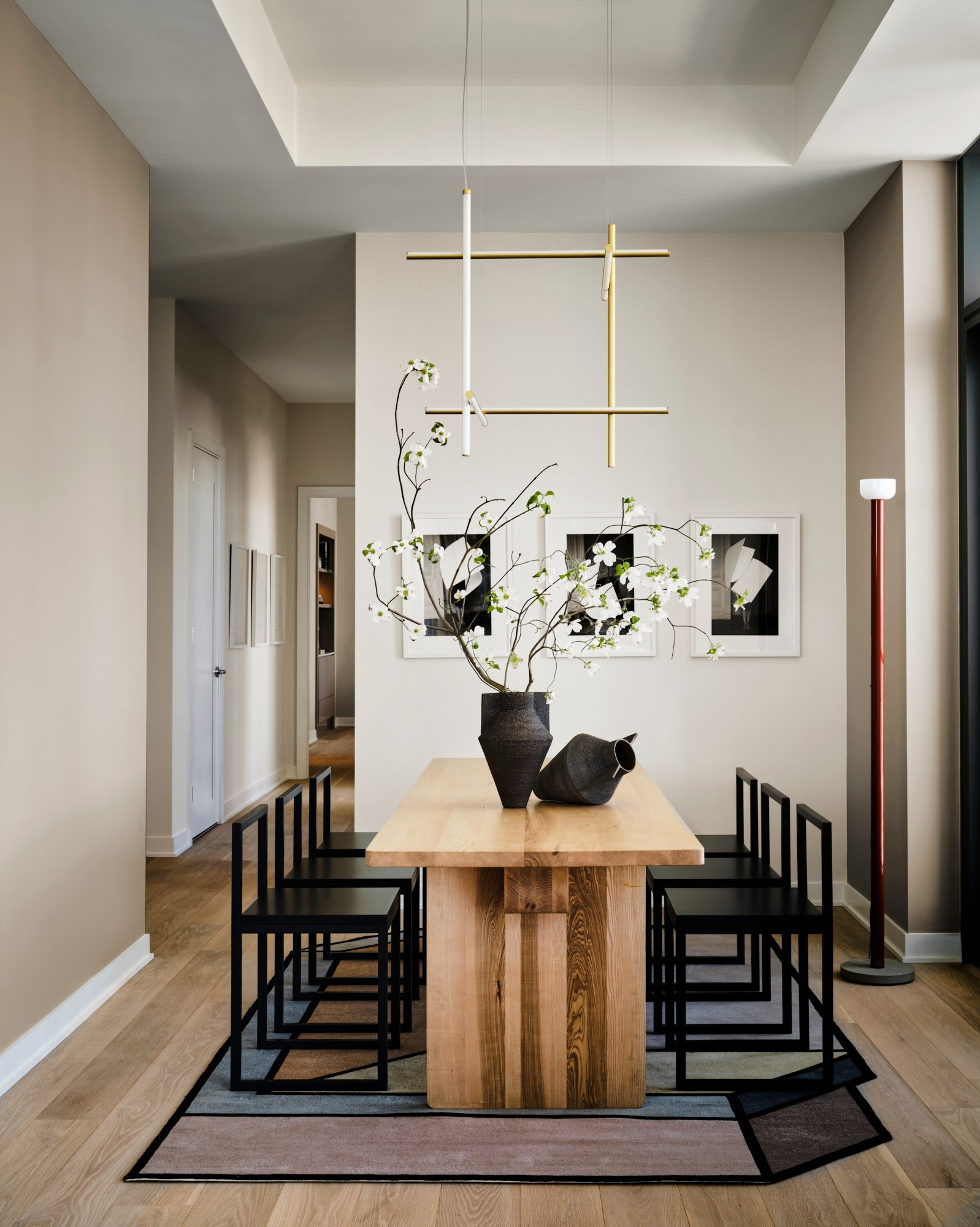 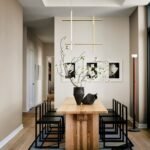 When you’re putting together a Studio Gang–designed 40-story high-rise with apartments going for $5 million, every detail has to be perfect.

That’s why real estate investment firm Tishman Speyer tapped FrenchCalifornia, Guillaume Coutheillas’s design and branding agency, to develop interiors for the luxe top five floors of the Mira tower in San Francisco, also known as the Panorama Collection. Coutheillas selected contemporary pieces that complemented the building’s uniquely angular architecture. “We were able to develop an entire concept around a very Italian style,” he says. “We called it ‘modern Dolce,’ with lots of straight lines and puffs of color.”

As a full-service branding agency, Coutheillas says FrenchCalifornia marries the goals of the developer with the vision of the architect and the needs of the residents.

“We do everything, from creating a brand identity, naming the development, and building the website and brochures, to designing and decorating the physical space,” he says. “It’s just a more holistic, comprehensive approach.”

Mira is just one of a number of properties in the portfolio of FrenchCalifornia, which has become a go-to for the developers behind projects ranging from the Crescent in San Francisco to the Steinway Tower in Manhattan.

“A physical space is the embodiment of the brand, especially when you work for real estate clients,” Coutheillas says. “Ideally you have a continuity between what they’re telling you, what’s on their Instagram, in their brochures, and what’s in the lobby.”

Too often, though, there’s a disconnect. “A lot of [developers] will go to one agency to do branding. And then, much later on, start thinking about the interiors and the lobby. And it feels disjointed,” he says. “Or maybe they work with a designer who creates beautiful spaces but isn’t savvy about the other aspects and develops a space that you can’t really tie into the larger concept.”

Coutheillas has gathered staff who specialize in different areas, but he himself is the creative lead on both branding and design. “You always have two hats on,” he says. “Your creative vision, but also, ‘What is that going to look like in a photo? What is it going to look like when people walk through it?’”

While Coutheillas bounces back and forth between New York and San Francisco, Antoine Ratigan is bringing a comprehensive branding approach to Mexico, where he has lived for more than 10 years.

Ratigan studied architecture in London before moving to Paris in his 20s and taking up fashion, eventually becoming worldwide merchandising director at Yves Saint Laurent. In 2015, he started Studio Antoine, bringing his exacting eye to branding and design for commercial properties and private homes.

“I didn’t see any branding agencies in Mexico that were offering artistic direction to make the message coherent. I often went into these amazing homes, but the interior wasn’t in tune with the architecture,” he says. “So instead of clients seeing 20 different people, I created Studio Antoine as a one-stop destination.” Instead of towering residential buildings, Ratigan typically works on more intimate but no less luxurious vacation homes in resort areas like Careyes, Punta Mita, and Los Cabos. Team members address architecture, interiors, operations, and even landscaping.

A background in fashion has proven invaluable, Ratigan says, both for bringing the necessary level of opulence, but also for providing the organizational skills and understanding to pull together a cohesive vision from so many disparate elements.

“We’re developing all the senses and making everything complete for the consumer,” Ratigan says. “It’s a full-blown concept: We collaborate with the architect and make it coherent for the client’s necessities. Lighting, art curation, uniforms, bathrobes, even tableware, and placemats. The wealthy are going to high-end rental homes and expecting a luxury experience with hotel-level service.”

Another one-stop creative shop, Brand Bureau was first conceived in 2012 by global hospitality firm AvroKO with a focus on hospitality brands. But it has broadened out into residential, commercial, mixed-use developments, and work spaces.

“At its core, we are crafting a creative vision for these properties to help developers bring them to market and beyond,” says Brand Bureau creative director Lynsay Reynolds. “This includes developing the brand architecture, positioning, and narrative, as well as creating the name, logo, and visual identity. From there, we often take it even further to help manifest these brands through other touchpoints, such as sales and marketing materials, amenity experience strategy, digital creative direction, interior environments, and on-property collateral.”

Buy now for unlimited access and all of the benefits that only members get to experience.

For The Holler, a space for coworking, dining, and entertainment in northern Arkansas, Brand Bureau custom-made nearly all the lighting, seating, and furniture. And in the last few years, the agency has worked with developers on more than 20 residential properties, including San Mateo, California–based Prometheus on The Tillery and The Hadley, opening in Mountain View, California, in 2022 and 2023 respectively. The work entails everything from crafting the look for the buildings’ lobbies, lounging areas, and gyms to designing logos for mugs, backpacks, and stationery. “These projects are close to our hearts because they embody the full spectrum of what we do at Brand Bureau,” Reynolds says. “Brand development, visual and verbal identity, as well as the environment and interior design of all guest amenities and public spaces.”

“We’re creating the full brand architecture and identities for not only the overarching City Ridge development itself, but also for a handful of unique sub-brands that all live within the development,” Reynolds says.

The full-service approach is both more cohesive and more efficient, she adds.

“From a practical standpoint, it’s so much easier for our clients to know they have fewer entities to have to wrangle and coordinate; it’s much more streamlined,” she says. “Even when we aren’t executing all aspects ourselves, we can easily liaise with other digital developers and creatives because we speak the same language, and we know how the brands need to be translated.”

Though more branding agencies are offering soup-to-nuts service, developers aren’t always quick to hand over all that responsibility to one company.

“It’s very much an agency-specific conversation,” says Joe McMillan, CEO of DDG, who worked with FrenchCalifornia on 532 West 20th Street in Chelsea. “I’ve had a personal relationship with Guillaume going on a decade,” he tells AD PRO. (Coutheillas previously worked in DDG’s marketing and communications department.) “I trust his taste, his aesthetic. We originally were in talks just for the web presence, but it became a logical extension to do the model unit. That evolved from a place of existing trust.”

532 West 20th was the first time DDG had put so much faith in one agency, and McMillan says it was well worth it. But it would take the right kind of connection to do it with someone else. 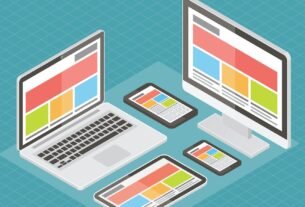 Which Printer Can Get Compelling Custom Rigid Boxes Made for Your Luxury Products? 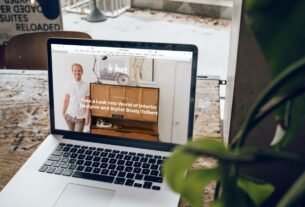